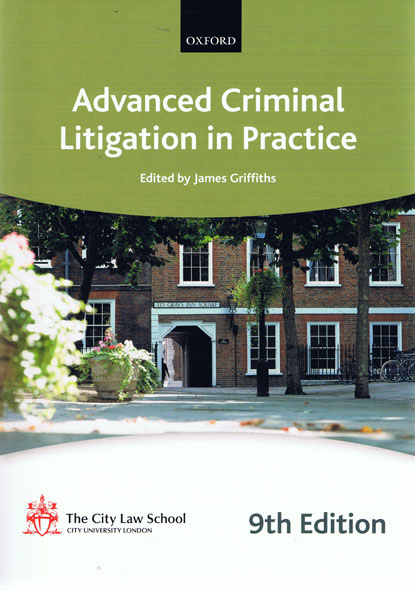 
Specifically designed and written for use on the advanced criminal litigation option on the Bar Professional Training Course, this manual adopts a pragmatic approach to its treatment of criminal law and focuses specifically on those areas of criminal law which are most important to the junior criminal practitioner and which they are most likely to encounter during their first years in practice.

Split into three distinct parts, the first part of the manual deals with the crucial procedural aspects of criminal law which will be encountered in practice, including the scope of legal powers to enter and search premises, and abuse of process. Part II covers selected areas of the substantive law, which are particularly relevant to the junior practitioner, including public order offences, dangerous drugs, offensive weapons, and drink driving and road traffic offences.

The final section features an extended case study focusing on features which the practitioner will commonly encounter in practice, including police witnesses, custody records and conflicts of interest between defendants. Including realistic case papers and typical exhibits, this section also features a set of tasks to perform and a sample answer offering trainee barristers the opportunity to practice applying their skills in a criminal litigation context.

This new edition has been updated to reflect significant developments in case law and in particular, the title has been revised to include new offences relating to inciting hatred on the grounds of sexual orientation.