Figures of Invention: A History of Modern Patent Law 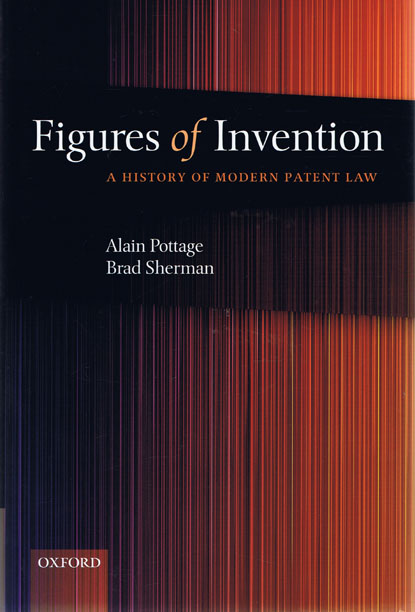 Taking the invention as its object of study, this book develops a radical new perspective on the making of modern patent law.

It develops the first extended historical and conceptual exploration of the invention in modern patent law. Focussing primarily on the figures that make inventions material, and on how to overcome the intangibility of ideas, this intellectual challenging book makes explicit a dimension of patent law that is not commonly found in traditional commentaries, treatises and cases.

The story is told from the perspective of the material media in which the intangible form of the invention is made visible; namely, models, texts, drawings, and biological specimens. This approach brings to light for the first time some essential formative moments in the history of patent law.

For example, Figures of Invention describes the central role that scale models played in the making of nineteenth-century patent jurisprudence, the largely mythical character of the nineteenth-century theory that patents texts should function as a means of disclosing inventions, and the profound conceptual changes that emerged from debates as to how to represent and disclose the first biological inventions.

At the same time, this historical inquiry also reveals the basic conceptual architecture of modern patent law. The story of how inventions were represented is also the story of the formation of the modern concept of invention, or of the historical processes that shaped the terms in which patent lawyers still apprehend the intangible form of the invention.

Although the analysis focuses on the history of patent law in the United States, it develops themes that illuminate the evolution of patent regimes in Europe. In combining close historical analysis with broad thematic reflection, Figures of Invention makes a distinctive contribution both to the field of patent law scholarship and to emerging interdisciplinary debates about the constitution of patent law and of intellectual property in general.