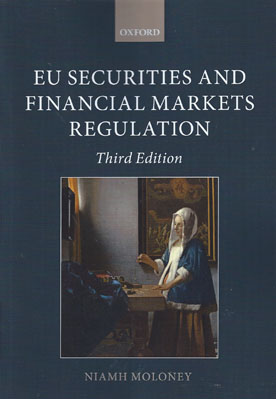 The Global Financial Crisis has re-ordered how the EU intervenes in the EU financial market, both with respect to regulation and with respect to supervision. After 5 years of a behemoth reform agenda, the new landscape is now clear. Rule-making power has decisively moved to the EU and radical reforms have been made to the organization of supervision.

EU Securities and Financial Markets Regulation provides the first comprehensive, critical, and contextual account of the vast new rule-book which now applies to the EU financial market in the aftermath of the seismic reforms which have followed the financial crisis. Topics covered in-depth include the AIFMD, EMIR, the Short Selling Regulation, the new market abuse and transparency regimes, the rating agency regime, the UCITS IV-VI reforms, and MiFID II/MiFIR; the analysis is wide-reaching, extending to secondary legislation and relevant soft law.

The book also examines the far-reaching institutional changes which have followed and considers in detail the role and impact of the European Securities and Markets Authority and the potential impact of the Single Supervisory Mechanism for euro area banks on the supervision of the EU financial market.

EU Securities and Financial Markets Regulation is the third edition of the highly successful and authoritative monograph first published as EC Securities Regulation. Almost entirely recast and re-written from the 2008 second edition to reflect the changes wrought by the Global Financial Crisis, it adopts the in-depth contextual and analytical approach of earlier editions and so considers the market, political, international, institutional, and constitutional context of the new regulatory and supervisory regime, and the underlying forces which have (and will continue to) shape it.