The Clergy Sex Abuse Crisis and the Legal Responses 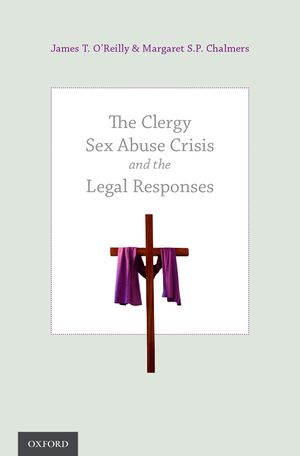 The sexual abuse of children and teens by rogue priests in the U.S. Catholic Church is a heinous crime, and those who pray for a religious community as its ministers, priests and rabbis should never tolerate those who prey on that community. The legal disputes of recent years have produced many scandalous headlines and fuelled public discussion about the sexual abuse crisis within the clergy, a crisis that has cost the U.S. Catholic Church over $3 billion.

In The Clergy Sex Abuse Crisis and the Legal Responses, two eminent experts, James O'Reilly and Margaret Chalmers, draw on the lessons of recent years to discern the interplay between civil damages law and global church-based canon law. In some countries civil and canon law, although autonomous systems of law, both form part of the church's legal duties. In the United States, freedom of religion issues have complicated how the state adjudicates both cases of abuse and who can be held responsible for clerical oversight.

This book examines questions of civil and criminal liability, issues of respondeat superior and oversight, issues with statutes of limitations and dealing with allegations that occurred decades ago, and how the Church's internal judicial processes interact or clash with the civil pursuit of these cases.