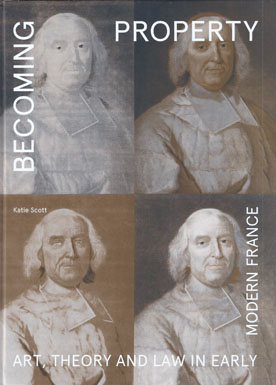 This original and relevant book investigates the relationship between intellectual property and the visual arts in France from the 16th century to the French Revolution.

It charts the early history of privilege legislation (today's copyright and patent) for books and inventions, and the translation of its legal terms by and for the image. Those terms are explored in their force of law and in relation to artistic discourse and creative practice in the early modern period.

The consequences of commercially motivated law for art and its definitions, specifically its eventual separation from industry, are important aspects of the story. The artists who were caught up in disputes about intellectual property ranged from the officers of the Academy down to the lowest hacks of Grub Street.

Lessons from this book may still apply in the 21st century; with the advent of inexpensive methods of reproduction, multiplication, and dissemination via digital channels, questions of intellectual property and the visual arts become important once more.