Craies on Legislation: A Practitioner's Guide to the Nature, Process, Effect and Interpretation of Legislation 12th ed 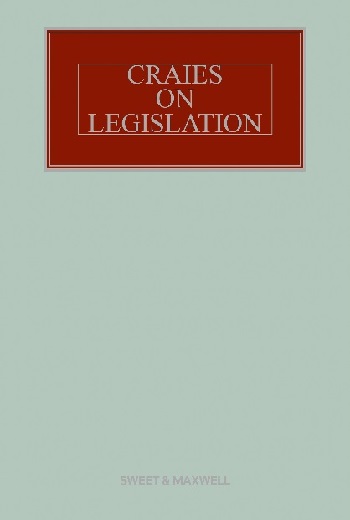 Craies on Legislation is the complete practitioners' guide to the nature, process, effect and interpretation of legislation. It is regularly cited to and by the higher courts, and it is relied upon by lawyers in the public and private sectors for shedding light on the widest range of questions in relation to how legislation is made, applied, challenged and interpreted.

All recent developments are covered in the 12th Edition including discussion of the developing relationship between legislation and the prerogative, Parliament and the Executive (including Miller 1 and 2 - the Brexit cases), discussion of the latest judicial attitudes to the relationship between legislation and the common law (including the recent Tate Gallery decision on nuisance), and hundreds of other recent cases and political developments (including an account of fundamental changes to legislation in Wales).