Guantanamo and Beyond: Exceptional Courts and Military Commissions in Comparative Perspective 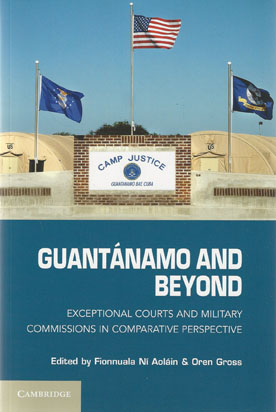 In parallel with the detention facilities at Guantanamo Bay, Cuba, the creation of military courts has focused significant global attention on the use of such courts to process and try persons suspected of committing terrorist acts or offenses during armed conflict.

By examining the comparative patterns, similarities and disjunctions arising from the use of such courts, this book also analyzes the political and legal challenges that the creation and operation of exceptional courts produces both within democratic states and for the international community.