Religion and the State in American Law 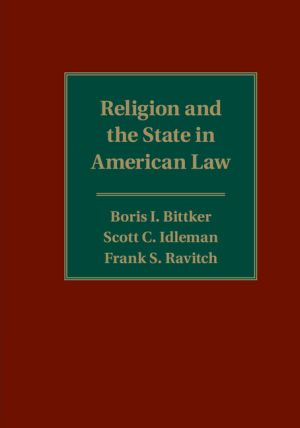 Religion and the State in American Law provides a comprehensive and up-to-date overview of religion and government in the United States, from historical origins to modern laws and rulings.

In addition to extensive coverage of the religion clauses of the First Amendment, it addresses many statutory, regulatory, and common-law developments at both the federal and state levels.

Topics include the history of church-state relations and religious liberty, religion in the classroom, and expressions of religion in government.

This book also covers the role of religion in specific areas of law such as contracts, taxation, employment, land use regulation, torts, criminal law, and domestic relations as well as in specialized contexts such as prisons and the military.

Accessible to the general as well as the professional reader, this book will be of use to scholars, judges, practising lawyers, and the media.