On Dissent: Its Meaning in America 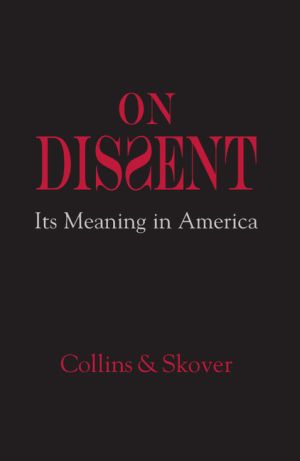 America values dissent. It tolerates, encourages and protects it. But what is this thing we value? That is a question never asked. 'Dissent' is treated as a known fact. For all that has been said about it – in books, articles, judicial opinions, and popular culture – it is remarkable that no one has devoted much, if any, ink to explaining what dissent is. No one has attempted to sketch its philosophical, linguistic, legal or cultural meanings or usages. There is a need to develop some clarity about this phenomenon, for not every difference of opinion, symbolic gesture, public activity in opposition to government policy, incitement to direct action, revolutionary effort or political assassination need be tagged dissent. In essence, we have no conceptual yardstick. It is just that measure of meaning that On Dissent offers.

Contents:
1. From judicial dissent to peaceful protest
2. From civil to uncivil disobedience
3. The vagaries of violence
4. Dissent, inc.
5. Dissent and law's parameters.