Implicit Racial Bias Across the Law 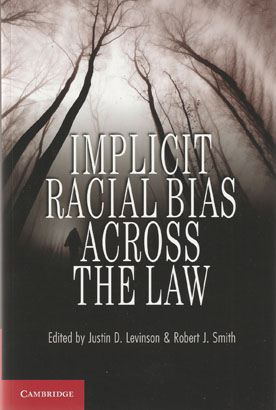 Despite cultural progress in reducing overt acts of racism, stark racial disparities continue to define American life. This book is for anyone who wonders why race still matters and is interested in what emerging social science can contribute to the discussion.

The book explores how scientific evidence on the human mind might help to explain why racial equality is so elusive. This new evidence reveals how human mental machinery can be skewed by lurking stereotypes, often bending to accommodate hidden biases reinforced by years of social learning.

Through the lens of these powerful and pervasive implicit racial attitudes and stereotypes, Implicit Racial Bias Across the Law examines both the continued subordination of historically disadvantaged groups and the legal system's complicity in the subordination.