The President and the Supreme Court: Going Public on Judicial Decisions from Washington to Trump 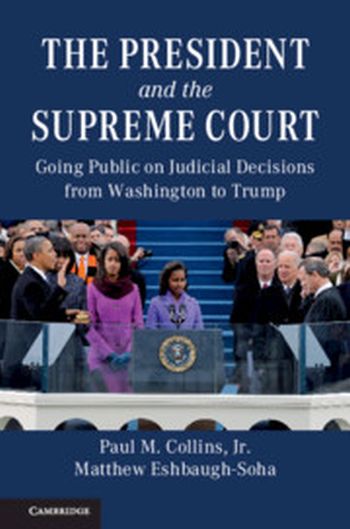 When presidents take positions on pending Supreme Court cases or criticize the Court's decisions, they are susceptible to being attacked for acting as bullies and violating the norm of judicial independence. Why then do presidents target Supreme Court decisions in their public appeals?

In this book, Paul M. Collins, Jr. and Matthew Eshbaugh-Soha argue that presidents discuss the Court's decisions to demonstrate their responsiveness to important matters of public policy and to steer the implementation of the Court's decisions. Using data from Washington to Trump, they show that, far from being bullies, presidents discuss cases to promote their re-election, policy goals, and historical legacies, while attempting to affect the impact of Court decisions on the bureaucracy, Congress, the media, and the public.