Court Number One: The Trials and Scandals that Shocked Modern Britain 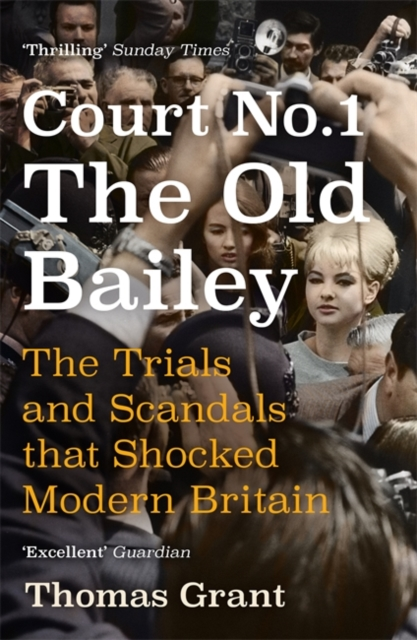 Court Number One of the Old Bailey is the most famous court room in the world, and the venue of some of the most sensational human dramas ever to be played out in a criminal trial. Itwitnessed the trials of the most famous and infamous defendants of the twentieth century.

It was here that the likes of Madame Fahmy, Lord Haw Haw, John Christie, Ruth Ellis, George Blake (and his unlikely jailbreakers, Michael Randle and Pat Pottle), Jeremy Thorpe and Ian Huntley were defined in history, alongside a wide assortment of other traitors, lovers, politicians, psychopaths, spies, con men and - of course - the innocent.

Not only notorious for its murder trials, Court Number One recorded the changing face of modern British society, bearing witness to alternate attitudes to homosexuality, the death penalty, freedom of expression, insanity and the psychology of violence.

From the Sunday Times bestselling author of Jeremy Hutchinson's Case Histories, Court Number One is a mesmerising window onto the thrills, fears and foibles of the modern age.

A hamper of treats ... Grant is a master at conveying the cut-and-thrust of cross-examination' Sunday Telegraph'Deceptively thrilling' Sunday Times