The Interface between Competition and the Internal Market: Market Separation under Article 102 TFEU 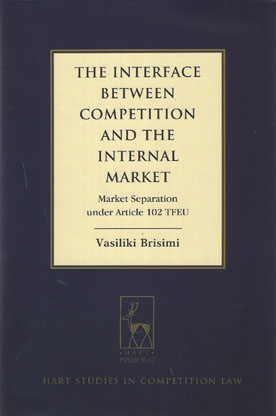 This book explores the interface between competition law and market integration in the application of Article 102 TFEU, focussing on the notion of 'market separation' - namely conduct that may hinder cross-border trade.

The discussion reviews, among other things, the treatment of geographic price discrimination and exclusionary abuse, by which out-of-State competitors are affected.

All in all, the analysis presented in the book deconstructs the elements for establishing 'market separation' as an abuse of the dominant position. It shows that there is nothing that would justify a distinctive treatment of 'market separation' under Article 102 TFEU, other than a principled understanding of Internal Market law as a whole: whatever understanding one reaches about the proper shape of the Internal Market, interrogation of the proper application of competition law comes after that and thus should be informed by this understanding.