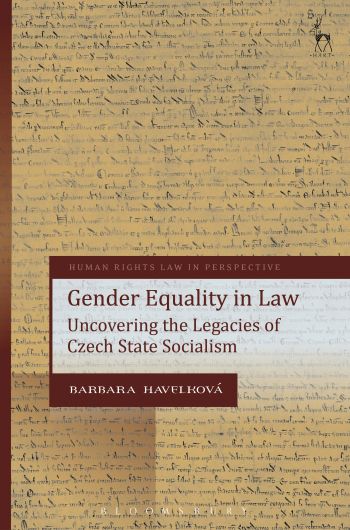 The book explores the factors that have contributed to the resistance to adopting and fully implementing gender equality law in Central and Eastern Europe, observable especially in the process of harmonisation with EU acquis. Using the example of the Czech Republic, the book analyses how gender has been regulated by law and understood by the legal community in the previously unexplored context of Central Europe during the periods of State Socialism (1948-1989) and Transition (1989-today). It explores the continuities and discontinuities that exist between these periods, with regard to both the legal regulation of women and gender, as well as the way that law-makers, judges and legal scholars have thought about gender equality. In the foreground, it examines legal developments in gender-relevant areas, most importantly in equality and anti-discrimination law. But the book goes beyond a doctrinal legal analysis - it excavates the underlying, sometimes hidden, but crucial understandings of key concepts such as 'women', 'gender', 'equality', 'discrimination' and 'rights'. It is argued that these understandings significantly determine whether the legal provisions adopted by the legislature or the executive, and the interpretation given them by the courts, are gender-progressive, ie counteracting patriarchy, or not.

Contents:
1. Introduction
Part I: State Socialism
2. The Three Stages of Regulation of Women and Gender
3. State-Socialist Law and Rights
4. Equality as Socio-Economic Levelling
5. Blindness to Gender and Patriarchy
Part II: Post-Socialism
6. Women and Gender After 1989
7. Post-Socialist Law and Rights
8. Equality and Anti-Discrimination after 1989: Resisting the Ideas and the Legal Concepts
9. Wanted: Gender and Feminism
10. Conclusions

Terrorism and the Limitation of Rights: The ECHR and the US Constitution
Stefan Sottiaux
ISBN 9781841137636
Published February 2008
Hart Publishing
£75.00