Freedom of Religion: An Ambiguous Right in the Contemporary European Legal Order 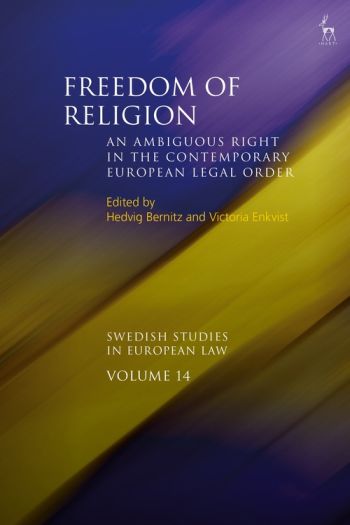 In most European societies today, religion and questions about religion are increasing in relevance and importance. This development can be explained in several ways, for example by continuous demographic changes and new societal standards and values. As a consequence, the debate on the interpretation and scope of the right to freedom of religion has intensified in politics, media and, of course, law. The right to freedom of religion is complex and varies within different legal contexts at the international, European and national levels. This has resulted in a right that is ambiguous and sometimes difficult for individuals to claim and for states to assert.

This book presents a variety of perspectives on the concept of freedom of religion in different European countries against the background of the European Convention on Human Rights, the EU Charter of Fundamental Rights and other international treaties. It contains contributions from leading legal scholars working in these fields in Sweden, the Nordic countries and wider Europe.

Contents:
PART I
1. Religion and Human Rights: Ambiguities and Ambivalences of Freedom
Pamela Slotte
2. Freedom of Religion in Sweden from a Historical Perspective
Joakim Nergelius
3. The Significance of Religion for Swedish Labour and Social Legislation
Reinhold Fahlbeck
PART II
4. EU Law and Religion: Protecting a Privileged Position for Majority Faiths?
Ronan McCrea
5. What's in a Scarf? On the Ripple Effect of the ECtHR's Case Law
Patrik Bremdal
6. The Freedom of Religion in Relation to Other Human Rights
Karin Åström
7. '… And in Community with Others …'
Emma Ahlm
8. Freedom of Religion: Conscience, Dignity and the Construction of Identity
Willem Vancutsem
PART III
9. Ban on Faith-based Schools?
Lotta Lerwall
10. The Swedish Education System and its Challenges in a Multicultural Society
Hedvig Bernitz
11. Religious Refusals in Health Care as a Matter of Freedom of Religion
Kavot Zillén
12. Understanding Religion: A Portal to the Past or the Key to the Future?
Victoria Enkvist

National Developments in the Intersection of IPR and Competition Law: From Maglite to Pirate Bay
Edited by: Thomas Bull
ISBN 9781841139449
Published May 2011
Hart Publishing
£80.00