This book is now Out of Print.
A new edition has been published, the details can be seen here:
Global Competition Law and Economics 2nd ed isbn 9781849460446 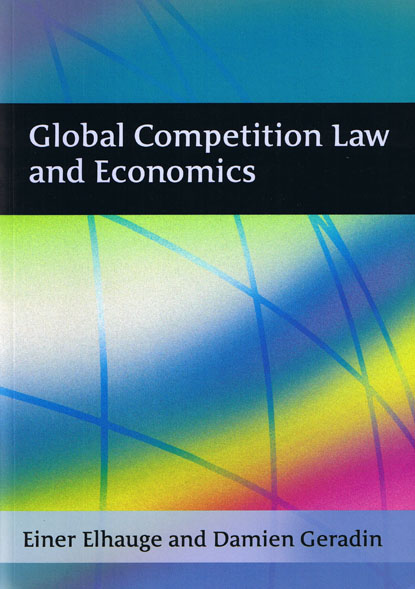 
Modern antitrust law is global antitrust law. Markets are becoming increasingly global, or at least multinational. Mergers between large corporations must typically get approval in both the US and the EU and in other nations too. Cartels in one nation affect supply in others, and countries are increasingly entering into treaties with each other about the content or enforcement of competition laws. Thus, businesspeople, lawyers, and law-makers can no longer content themselves with understanding only the antitrust and competition law of their home country.

Modern antitrust law also differs from traditional antitrust law in that it now reflects the dominance of the economic model of analyzing antitrust and competition policy. Against this background, this new casebook represents the first comprehensive effort to examine US and EC competition law cases and decisions within a common analytical framework strongly based on economic theory. I

t is an innovative casebook addressed to all students, not only from the US and Europe, but also from all jurisdictions having competition laws, providing an in-depth analysis of the two major global antitrust regimes in the world, and a summary of parallel antitrust laws elsewhere in the world. As such it will also serve as a useful reference for practitioners, competition officials, and policy-makers interested in competition law.