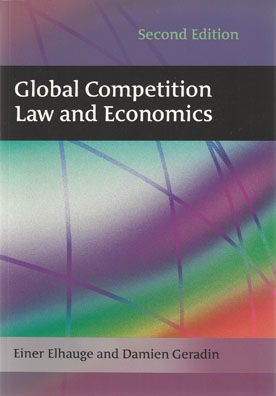 This is the second edition of the acclaimed text on global antitrust law. With markets becoming increasingly global, mergers requiring approval in several different jurisdictions, cartels in one nation affecting supply in others, and countries increasingly entering into treaties with each other about the content or enforcement of competition laws, antitrust law is now a truly global phenomenon.

This innovative work is the only truly comparative and economically sophisticated casebook on the market. Addressed to students from all jurisdictions having competition laws, this casebook provides an in-depth analysis of the two major global antitrust regimes in the world, as well as a summary of selected national antitrust laws. As such it will also serve as a useful reference for practitioners, competition officials, and policy-makers interested in competition law.