The Arms Trade and International Law 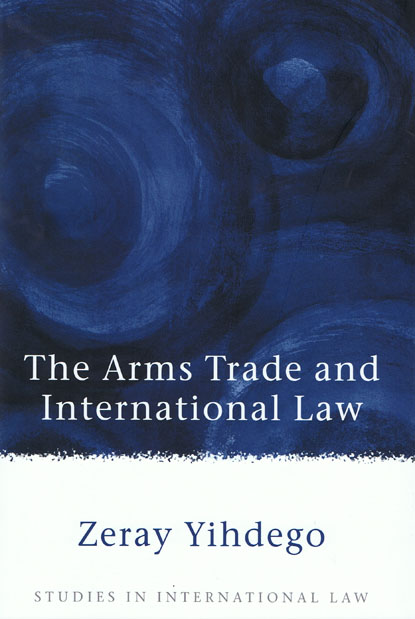 There are believed to be about 700 million small arms and light weapons (SALW) in the world, often contributing to highly destabilising security and other concerns in international law. SALW are the primary source of violations and abuses of humanitarian and human rights principles by states, rebels, terrorists and criminals. Many consider them the real weapons of mass destruction of our time, causing about half a million deaths annually.

The unrestricted international transfer of SALW by states (99 states and 1000 companies involved in manufacturing and supply) is one of the major contributory and aggravating factors of this crisis; another is the illicit traffic in small arms. This book deals with the proliferation of SALW and their unregulated trade and transfer across borders. It addresses questions of definition, manufacturing, trade/transfer, and issues relating to state responsibility. The primary focus is on conventional small arms, in particular military-style weapons.

The book tackles the core and most divisive legal problem of whether or not the laws relating to arms control and relevant norms of international law provide substantive restrictions upon the transfer of small arms by states. The application of the norms of international peace and security, non-intervention, humanitarian and human rights laws, and evolved relevant customary rules of arms control relating to these norms are considered particularly carefully.

Questions of application and enforcement of relevant rules and institutional responses to the problem are also examined. The UN began considering an arms trade treaty in 2006; the publication of the book at this critical moment in time will make a positive contribution towards shaping the debate and aims to further enhance understanding in an area where close analysis is required.