The Concept of Mens Rea in International Criminal Law: The Case for a Unified Approach 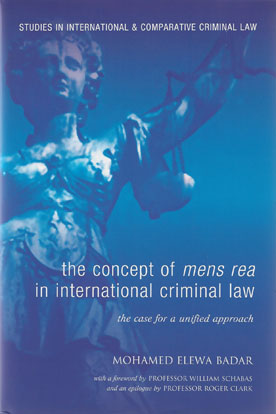 Part I examines the concept of mens rea in common and continental legal systems, as well as its counterpart in Islamic Sharia' law.Part II looks at the jurisprudence of the post WWII trials and the work of the International Law Commission.

A separate chapter then attempts to define the concept of genocidal intent in light of the travaux préparatoires of the 1948 Genocide Convention and scholarly opinions and further chapters are devoted to a discussion of the boundaries of mens rea in the jurisprudence of the International Criminal Tribunals for the former Yugoslavia and Rwanda.

The Construction of Guilt in China: An Empirical Account of Routine Chinese Injustice
Yu Mou
ISBN 9781509913022
To be published April 2020
Hart Publishing
£70.00