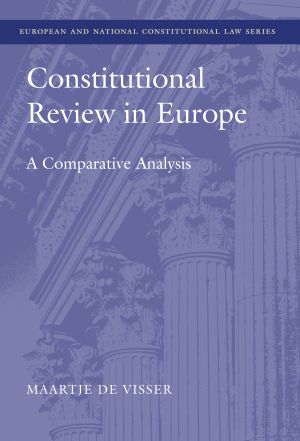 Constitutions serve to delineate state powers and enshrine basic rights. Such matters are hardly uncontroversial, but perhaps even more controversial are the questions of who (should) uphold(s) the Constitution and how constitutional review is organised. These two questions are the subject of this book by Maartje de Visser, which offers a comprehensive, comparative analysis of how 11 representative European countries answer these questions, as well as a critical appraisal of the EU legal order in light of these national experiences.

The Member States featured are: Belgium, the Czech Republic, Finland, France, Germany, Italy, Hungary, the Netherlands, Spain, Poland, and the United Kingdom. This book is intended for practitioners, academics and students with an interest in (European) constitutional law.

Territorial Pluralism in Europe: Vertical Separation of Powers in the EU and its Member States
Nikos Skoutaris
ISBN 9781849463867
To be published August 2023
Hart Publishing
£70.00