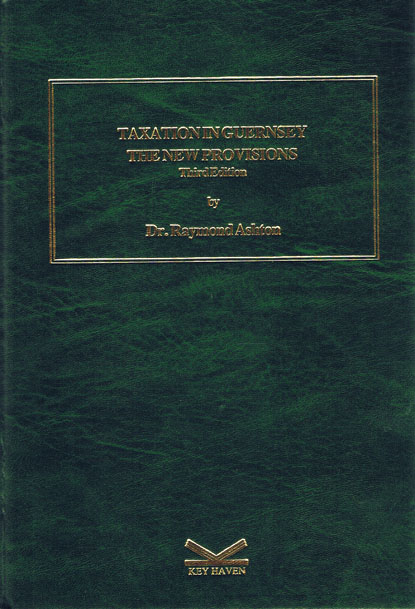 Dr Raymond Ashton, sometime Reader at the University of Bristol, is an expert on trust, tax and commercial matters. He is the author of several texts on tax, trusts, including the ‘Guernsey Law of Trusts', a monograph on directors' duties and a book on money laundering. He has also published numerous articles in academic and professional journals.

In practice he has been involved in a number of major international investigations in criminal and civil matters over the last thirty years and in numerous regulatory matters and commercial work generally. He has also been involved in another activity - watching Manchester City for more years than he cares to remember, until recently!

Dr Raymond Ashton's Taxation In Guernsey is a leading work on Taxation in Guernsey. It is three years since the Second Edition and there have been a number of changes to the tax system since then despite the major overhaul reviewed in the Second Edition. This has resulted in many more tax planning opportunities and also many more potential pitfalls.

This Report will combine an academic account of the law and at the same time offer pragmatic tax planning advice. As such it will build on the author's experience as a qualified lawyer in three jurisdictions who for over thirty years has been advising trust companies, financial institutions and private clients on tax mitigation.

There has been a delay in publishing this Edition as a result of the uncertainty introduced by the EU in relation to tax regimes in Jersey and the Isle of Man and the possible effect on the taxation system in Guernsey.