This book is now Out of Print.
A new edition was published, see:
The Public-Private Partnership Law Review 3rd ed isbn 9781910813492 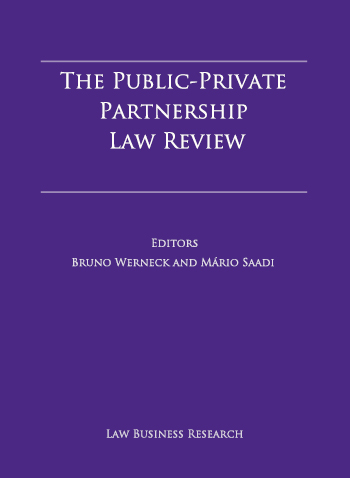 
Brazil marked the 10th year of the publication of its first Public-Private Partnership Law in 2014. Our experience with this law is still developing, especially in comparison with other countries where discussions on PPP models and the need to attract private investment into large projects dates back to the 1980s and the 90s. This is the case of countries such as the United Kingdom, the United States and Canada. PPPs have been used in the U.S. across a wide range of sectors in various forms for more than 30 years. Since the 1990s PPP procurement has significantly expanded to the extent that PPP projects are now procured in the federal, provincial and municipal levels of government across that country. On the other hand, in developing countries with similarities with Brazil, PPP laws are more recent.

In view of the foregoing, we hope a comparative study covering practical aspects and different perspectives on public-private partnership issues will become an important tool for the strengthening of this model worldwide. We are certain this study will bring about a better dissemination of best practices implemented by private professionals and government authorities working on PPP projects around the globe.

We strongly believe that PPPs are an important tool for generating investments (and development) in infrastructure projects and creating efficiency not only in infrastructure, but also in the provision of public services, such as education and health, as well as public lighting services and prisons, . PPPs are also an important means of combating corruption, which is common in the old and inefficient model of direct state procurement of projects.