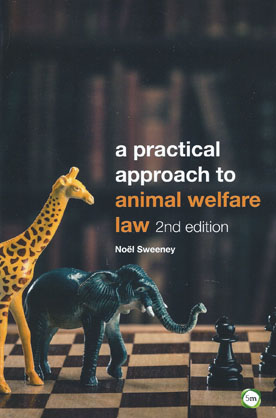 Historically animal law has been a piecemeal legislative process of amendments and repeals. The slow progress of the legislation has finally resulted in the introduction of the two main criminal statutes affecting animals, the Animal Welfare Act 2006 and the Dangerous Dogs Act 1991.

These two statutes account for almost all offences of animal abuse in every conceivable form relating to the duty of owners and their concurrent liability and responsibility.A Practical Approach to Animal Welfare Law - designed to be informative and interesting to a broad, lay audience - covers all aspects of those two Acts as they affect animals in our care.

This book analyses the law relating to the criminal responsibility of owners and their duty of care for the welfare of their animals including injuring and killing them. The prosecution of offenders is investigated through the enforcement powers of the inspectors and the consequent sentencing by the courts. In doing so it deals with all manner of animal abuse as well as dangerous dogs and dangerous people.The relevance of each Act to the various authorities is analysed, providing a practical guide for people involved in various everyday activities with animals and their behaviour.

This book is an essential reference source for those whose work involves animal law - including academics, legal practitioners, local authorities and the police. Equally it will be a valuable source for those working in animal related areas such as breeding, exhibitions and the rights and welfare of animals by charitable organisations and sanctuaries.A Practical Approach to Animal Welfare Law concludes with an analysis of the role and status of animals in English Law. There is a unique discussion on reform and the future of animal welfare and animal rights.

That analysis applies to many jurisdictions on a national and international level, particularly in relation to common law countries.This is no staid law book. The warmth and compassion of the author shines through the text, as he engages the reader in this difficult subject through case reports, stories, examples, analysis and discussion. Creating an exceedingly useful, insightful and interesting resource for a broad range of animal experts, workers and owners.