The Legal Protection of Intangible Cultural Heritage: A Comparative Perspective 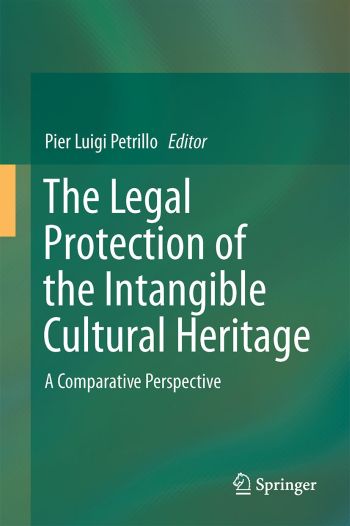 This book describes the global legal framework for safeguarding the "Intangible Cultural Heritage" - as defined by the UNESCO Convention in 2003 - and analyses its use in selected countries in America, Asia, Africa and Europe. Each of the contributions has been elaborated by high profile experts, strategically selected by different countries of representative interest for the corresponding area.

Understanding of the term "Cultural Heritage" has changed considerably over the past decades, and it is becoming progressively clear that this concept also includes traditions and living expressions inherited from our ancestors and passed on to our descendants. UNESCO interpreted and responded to this change of perspective, creating through the 2003 Convention an international instrument for safeguarding the "Intangible Cultural Heritage", a notion including oral traditions, performing arts, social practices, rituals, festive events, knowledge and practices concerning nature and the universe as well as the knowledge and skills to produce traditional crafts. New values, practices and heritages were recognized - from the ancient African rituals to the Mexican Mariachi musical expression to the Brazilian Samba and the Mediterranean Diet - all of them having the common feature of being carriers of strong social and cultural meaning for communities identity.

Intangible Cultural Heritage is a growing, relatively recent field of study and also an emblem of the dialogue between distant populations with different cultures, which is the reason why a comparative approach is the most appropriate to conduct an analysis for understanding how the States Parties to the Convention implement their commitments with national safeguarding measures and enhancement policies or through international cooperation projects.