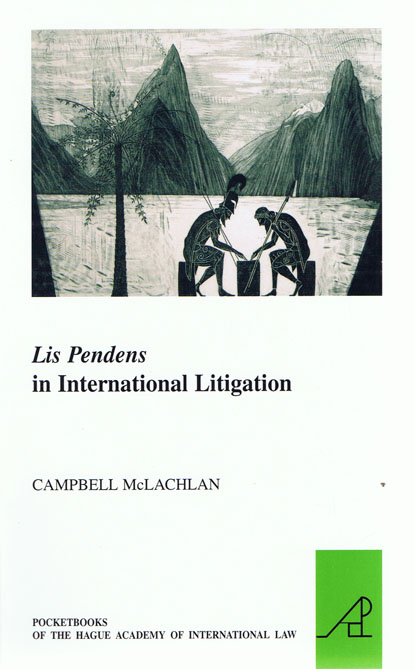 What legal principles apply when courts in different jurisdictions are simultaneously seized with the same dispute? This question — of international lis pendens — has long been controversial. But it has taken on new and urgent importance in our age. Globalization has driven an unprecedented rise in forum shopping between national courts and a proliferation of new international tribunals.

Problems of litispendence have spawned some of the most dramatic litigation of modern times — from anti-suit injunction battles in commercial disputes, to the appeals of prisoners on death row to international human rights tribunals. The way we respond to this challenge has profound theoretical implications for the interaction of legal systems in today’s pluralistic world.

In this wide-ranging survey, McLachlan analyses the problems of parallel litigation — in private and public international law and international arbitration. He argues that we need to develop a more sophisticated set of rules of conflict of litigations, guided by a cosmopolitan conception of the rule of law.

Series: Pocketbooks of the Hague Academy of International Law