The Sources of Labour Law 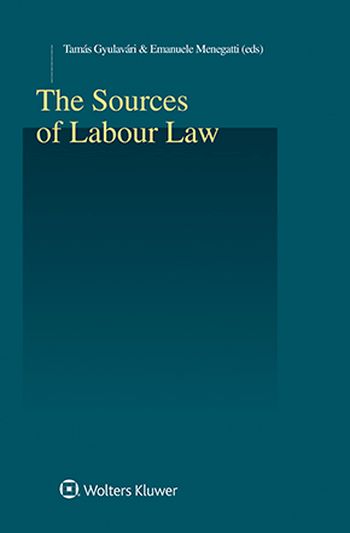 The Sources of Labour Law, the first-ever to consider the sources of labour law from a comparative perspective, outlines the relevant sources of labour regulation, starting from statutory law, down to collective bargaining and individual agreements. Labour law has traditionally aimed to protect the employees under a hierarchy built on constitutional provisions, statutory law, collective agreements at various levels, and the employment contract, in that order. However, in employment regulation, in recent years, ‘flexibility’ has come to dominate the world of work – a set of policies that reshuffle the relationship among the fundamental pillars of labour law and inevitably lead to degrading the protection of employees. The underlying aim of this book is to map tendencies tangible all over the world in relation to recent transformations of labour law sources and their hierarchical order.

This book details the ways in which the traditional hierarchy of sources has been altered, presenting an international view on major cross-cutting issues followed by fifteen country reports. The analysis of the changing hierarchy of labour law sources in light of recent trends includes such elements as the following:

National reports – Australia, Brazil, China, Denmark, France, Germany, Hungary, Italy, Poland, Russia, Spain, Sweden, South Africa, the United Kingdom and the United States – describe the structure of labour law regulation in each legal system with an emphasis on the current state of affairs. The authors, all distinguished labour law scholars in their countries, collectively provide a thorough and comprehensive commentary on labour law regulation and recent tendencies in national labour laws in various corners of the globe.