Commentaries on the Laws of England: Book I: Of the Rights of People 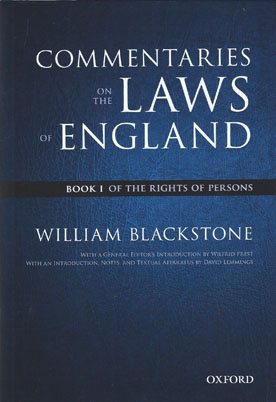