Commentaries on the Laws of England: Book II: Of the Rights of Things 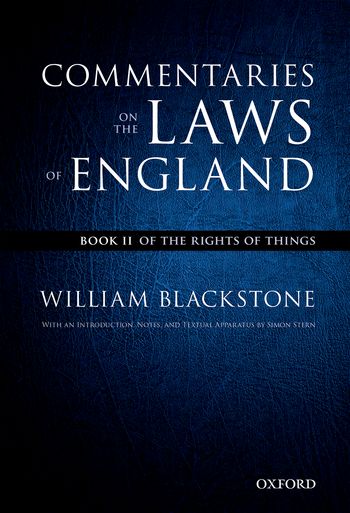 Commentaries on the Laws of England: Book I: Of the Rights of People
William Blackstone, David Lemmings
ISBN 9780199600991
Published August 2016
Oxford University Press
£23.49