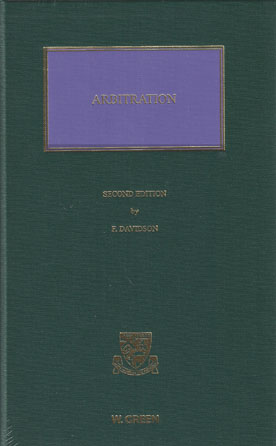 In the highly regarded SULI series, this provides a comprehensive account of the Scots Law of arbitration following the ground-breaking Arbitration (Scotland) Act 2010.

It covers all aspects of the law, not merely domestic, but international arbitration conducted in Scotland. Since one of the features of the 2010 Act is that parties to certain arbitrations can choose to be governed by the pre-Act law, the book also covers this, including the UNCITRAL Model Law on International Commercial Arbitration.

Throughout the law is considered in its international context, with frequent reference both to appropriate authorities from other jurisdictions and the more significant rules of arbitral institutions.