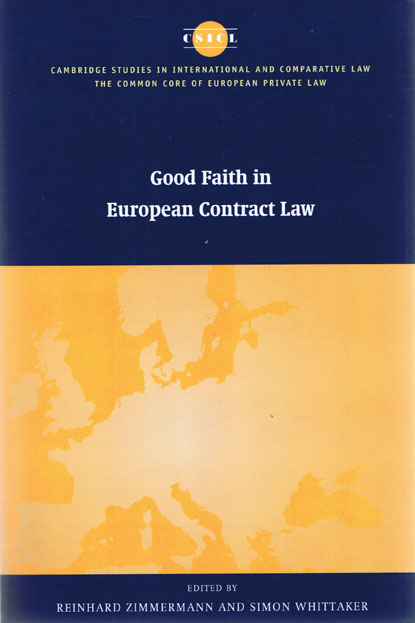 For some Western European legal systems the principle of good faith has proved central to the development of their law of contracts, while in others it has been marginalized or even rejected.

The book concludes by explaining how European lawyers, whether from a civil or common law background, may need to come to terms with the principle of good faith. This was the first completed project of The Common Core of European Private Law launched at the University of Trento.