The Enforceability of Promises in European Contract Law 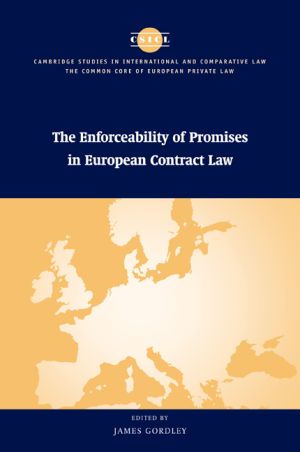 Civil law and common law systems are held to enforce promises differently: civil law, in principle, will enforce any promise, while common law will enforce only those with ‘consideration’. In that respect, modern civil law supposedly differs from the Roman law from which it descended, where a promise was enforced depending on the type of contract the parties had made. This volume is concerned with the extent to which these characterizations are true, and how these and other differences affect the enforceability of promises. Beginning with a concise history of these distinctions, the volume then considers how twelve European legal systems would deal with fifteen concrete situations. Finally, a comparative section considers why modern legal systems enforce certain promises and not others, and what promises should be enforced. This is the second completed project of The Common Core of European Private Law launched at the University of Trento.