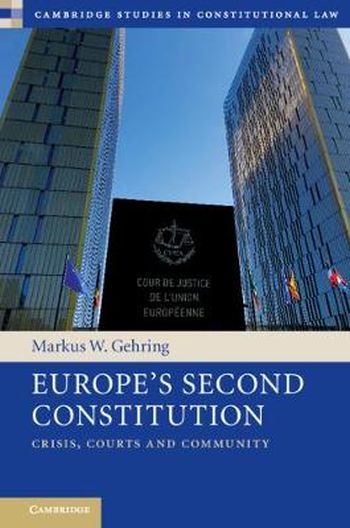 The process of European constitutionalisation is met with extensive scepticism in current national legal and political spheres and in broader circles of public opinion across Europe. By shedding light on these concerns, this book reveals a widespread misunderstanding of constitutional federalism, which permeates the Member State courts, popular media, and many academic communities. A failure to address confusion over this fundamental concept is leading us towards impoverished development of the EU's 'Second Constitution', and even ensuring that the role of both domestic and international European courts in enriching the constitutionalisation process is overlooked and undervalued.

In a bid to avoid such consequences, this book explores how federalism and further constitutionalisation - rightly understood in a dialogue of the European courts - may actually change this process and allow a clearer advance toward Europe's Second Constitution for, but also with, the people of Europe.

The Guardian of the Constitution: Hans Kelsen and Carl Schmitt on the Limits of Constitutional Law
Edited by: Lars Vinx
ISBN 9781107092686
Published February 2015
Cambridge University Press
£72.99