Theories and Practices of Compliance with WTO Law 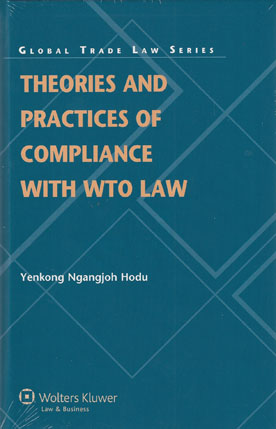 Compliance with international institutional norms is often conceived as a yardstick with which to test the effectiveness of international law. However, the ongoing failure of the WTO regime to elicit compliance with its agreements has led many legal theorists to reject this view in favour of a ‘realism’ that describes an international system, void of any authority to enforce rules, in which egoistic states calculate their own interests in light of the existing distribution of power. An ‘institutionalist’ riposte, which insists on the capability of states to come together nonetheless to make binding rules that will determine their behaviour vis-à-vis each other, of necessity focuses on developing enforceable remedies when rules are not complied with. Confronting this stark and apparently intractable situation, this book applies social science theories to the question as to why nation-states comply or do not comply with international trade law obligations. The author examines various theories of compliance in the context of world trade law, and discusses ways in which a much more robust compliance with global trade rules may be ensured.

The author’s approach leads not only to a new understanding of the function of the WTO as a legal system, but also to well-grounded recommendations concerning remedies that address the issue of continuous breach of legal duties in the WTO. This is a timely and accessible analysis of an increasingly important aspect of the interface of international trade law and economics. It will undoubtedly lead to a deeper debate and accelerate the inevitability of effective practical action. Policymakers, practitioners, and academics in different fields of social sciences will appreciate its forward-looking perspective in identifying the issues that are now assuming centre stage in international economic law.