Arbitrators as Lawmakers: The Creation of General Rules Through Consistent Decision Making in International Commercial and Investment Arbitration 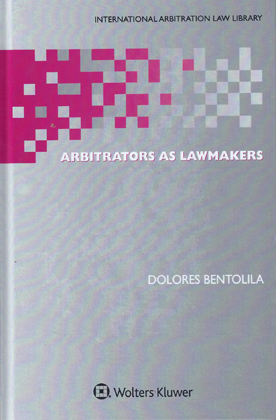 Arbitrators as Lawmakers analyses how arbitrators make rules that guide, constrain, and define the process and substance of international arbitration.

Arbitral lawmaking is an emerging topic with the existing literature not providing the needed analysis of legal theory and arbitral practice. This book aims to bridge the gap by explaining the three different stages of arbitral lawmaking – before, during, and after the rule is made: first stage is the situation of the arbitrator and the legal framework governing it; second stage is the process of lawmaking; and finally the third stage is when the consistent arbitral solution is launched to a wider public.

This book investigates and responds to the following questions:-

The answers to these questions are drawn from arbitral decisions made available to the public, clarifying important issues about jurisdiction, procedure, applicable law, interpretation of substantive rules and instruments, and remedies.

How this will help you:-