Interpretation of Contracts in Comparative and Uniform Law 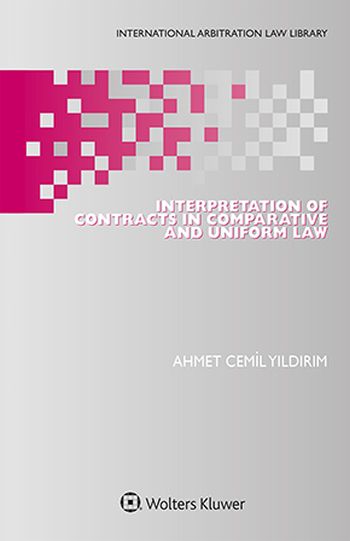 Interpretation of Contracts in Comparative and Uniform Law examines major legal systems and uniforms law on the basis of resources particular to that legal system through the presentation of relevant case laws and discussions in the literature, ultimately drawing some conclusions on the general trends that can be identified in comparative law relating to all the common discussions. Due to the globalized nature of modern commerce, arbitrators and legal counsel are often required to interpret contracts according to the rules of legal systems that are different from their own. Thus, a thorough comparative examination of the principles of interpretation of contracts in individual legal systems and uniform laws becomes an essential resource.

The book examines the principles of contract interpretation found in seven legal systems—French, Italian, German, Swiss, Turkish, English and U.S.—as well as in all applicable uniform laws, drawing on the case law and scholarship aligned with each. In addition to texts intended to unify the law at a global level, the European Union’s uniform law texts, which constitute an important reference model for regional codifications, are also presented. The terminology peculiar to each system has been preserved in its language.

Specific issues and topics raised include the following:

The author’s systematic presentation culminates in a proposal of a practical and universal method of interpretation of contracts.

Given the importance of the interpretation of contracts in cross-border transactions, every practitioner of international arbitration will welcome this incomparable book’s easy access to the essential literature and case laws in the legal systems and uniform law texts most commonly used as governing law in international disputes. Corporate counsel, scholars and academics will find this book as a secondary source for research of the historical development and policy outcomes of the decisions of lawmakers.