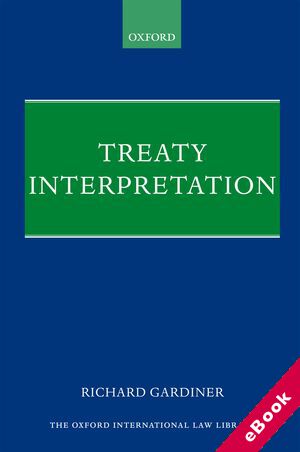 
ISBN13: 9780191021671
Published: September 2010
Publisher: Oxford University Press
Country of Publication: UK
Format: eBook (ePub)
Price: Out of print
The amount of VAT charged may change depending on your location of use.

This book explains the rules for interpretation of treaties and gives examples of their application in national and international jurisdictions. The rules of treaty interpretation codified in the Vienna Convention on the Law of Treaties now apply to virtually all treaties which may be encountered in an international context and also within national legal systems where treaties have an impact on a large and growing range of matters.