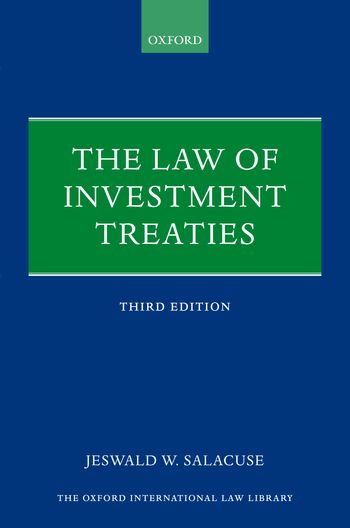 Investment treaty law has continued to evolve rapidly and dramatically since publication of the second edition of this work in 2015. The field has seen considerable growth in the number and scope of investment treaties, now estimated at 3300, and investor-state arbitrations cases, which reached over 1000 in 2020. The field has also experienced significant changes and reforms. In 2018, eleven Pacific Basin Countries, despite the withdrawal of the United States, forged ahead to conclude the Comprehensive and Progressive Agreement for Trans-Pacific Partnership (CPTTP), a potentially far reaching regional trade and investment agreement. The next year, the three north American nations replaced the North American Free Trade Agreement (NAFTA) with the United States-Mexico-Canada Agreement (USMCA). And in 2020, European Union member states terminated over 100 intra-EU BITs, leaving intra-EU investors to rely on EU law and legal processes alone for protection from unfavourable government acts.

This edition of The Law of Investment Treaties incorporates a consideration of all of these and other reforms into its analysis of the body of law created by investment treaties since World War II.