Democracy, Elections, and Constitutionalism in Africa 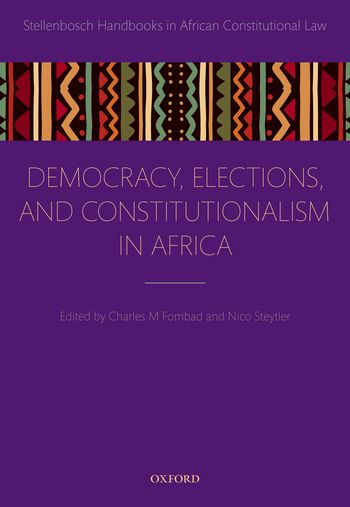 The third wave of democracy that reached African shores at the end of the Cold War brought with it a dramatic decline from 1990 onwards in dictatorships, military regimes, one-party governments, and presidents for life. Multiparty democracy was at the core of the constitutional revolutions that swept through most of Africa in those watershed years. However, that wave is either losing momentum or receding - or being reversed in its entirety.

This volume examines democracy and elections in Africa, a focus motivated by two concerns. First, after 30 years it is important to take stock of the state of constitutional democracy on the continent. The democratic gains of the 1990s and 2000s seem to be falling by the wayside, with the evidence mounting that regimes are concealing authoritarianism under the veneer of elections, doing so in an international context where populist regimes are on the rise and free and fair multiparty elections are consequently no longer a given. It is becoming a battle to protect and retain constitutional democracy. The second reason for this volume's focus on democracy and elections is that multiparty democracy is essential for the proper functioning of the state in addressing the major problems facing Africa - internal conflict, inequality and lack of development, and poor governance and corruption.

The focus of this volume is thus on how competitive politics or multiparty democracy can be realized and how, through competition, such politics could lead to better policy and practice outcomes.