Separation of Powers in African Constitutionalism 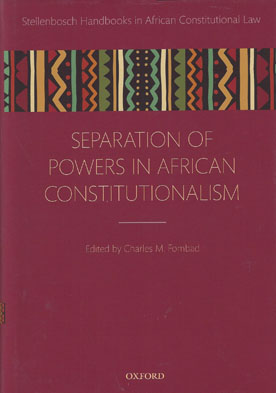 Taking a critical look at the different ways in which attempts have been made to separate the different branches of government, the Handbook examines the impact this is having on transparent and accountable governance.

Despite differences in approaches between the different constitutional cultures that have influenced developments in Africa, there remain common problems. One of these problems is the constant friction in the relationship between the three branches and the resurgent threats of authoritarianism which clearly suggest that there remain serious problems in both constitutional design and implementation.

The book also studies the increasing role being played by independent constitutional institutions and how they complement the checks and balances associated with the traditional three branches of government.