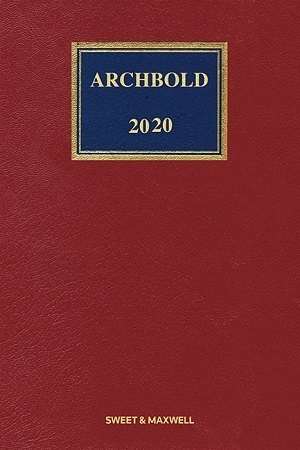 Following the review of court books carried out this year by the Ministry of Justice, it has formally announced the reversal of the 2016 decision regarding criminal law court books.

Judges will now be able to choose a copy of Archbold for their courtroom. The reversal of this decision has been communicated to all judges in England and Wales.

Archbold continues to expand and strengthen its expert author team: we welcome Lord Justice Haddon-Cave and Her Honour Judge Angela Rafferty upon her appointment to the Central Criminal Court to the Board, and Stephen Gentle, Partner, Simmons & Simmons, to the writing team.

Following the 2016 decision, the Archbold team worked tirelessly to produce a revised and improved text, based on in-depth feedback received from its readership. Content was rewritten and restructured and layout improvements implemented. The 2020 edition continues this work with significant revisions to Chapter 1 (specifically on Deferred Prosecution Agreements), Chapter 5B (Confiscation), Chapter 13 (specifically Rehabilitation of Offenders), Chapter 20 (Sexual Offences) and Chapter 25 (specifically the section on Terrorism).

In addition, legislative text and amendment notes have been updated prospectively with proposed ‘Brexit’ statutory instrument amendments. As ever, all chapters have been carefully and comprehensively updated and further house style changes have been made to ensure that the text of Archbold is comparatively modern.