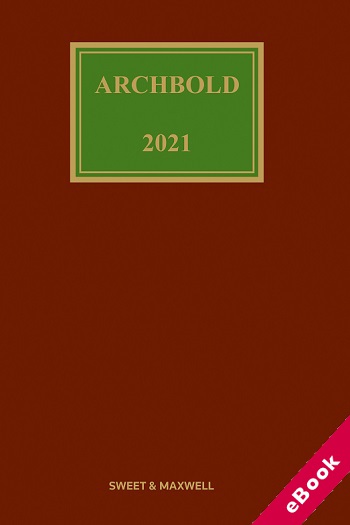 
ISBN13: 9780414080829
Published: October 2020
Publisher: Sweet & Maxwell Ltd
Country of Publication: UK
Format: eBook (ProView)
Price: Out of print
The amount of VAT charged may change depending on your location of use.