'The Best in the West': Educator, Jurist, Arbitrator: Liber Amicorum in Honour of Professor William Butler 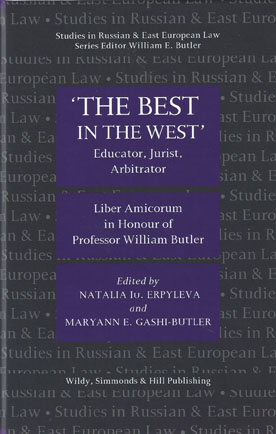 Praised by the Wall Street Journal and many fellow Russian law experts in the 1990s as the Best in the West, Professor William Butler has played a key role in shaping legal developments in the former Soviet Union and in guiding those who practice law in that region.