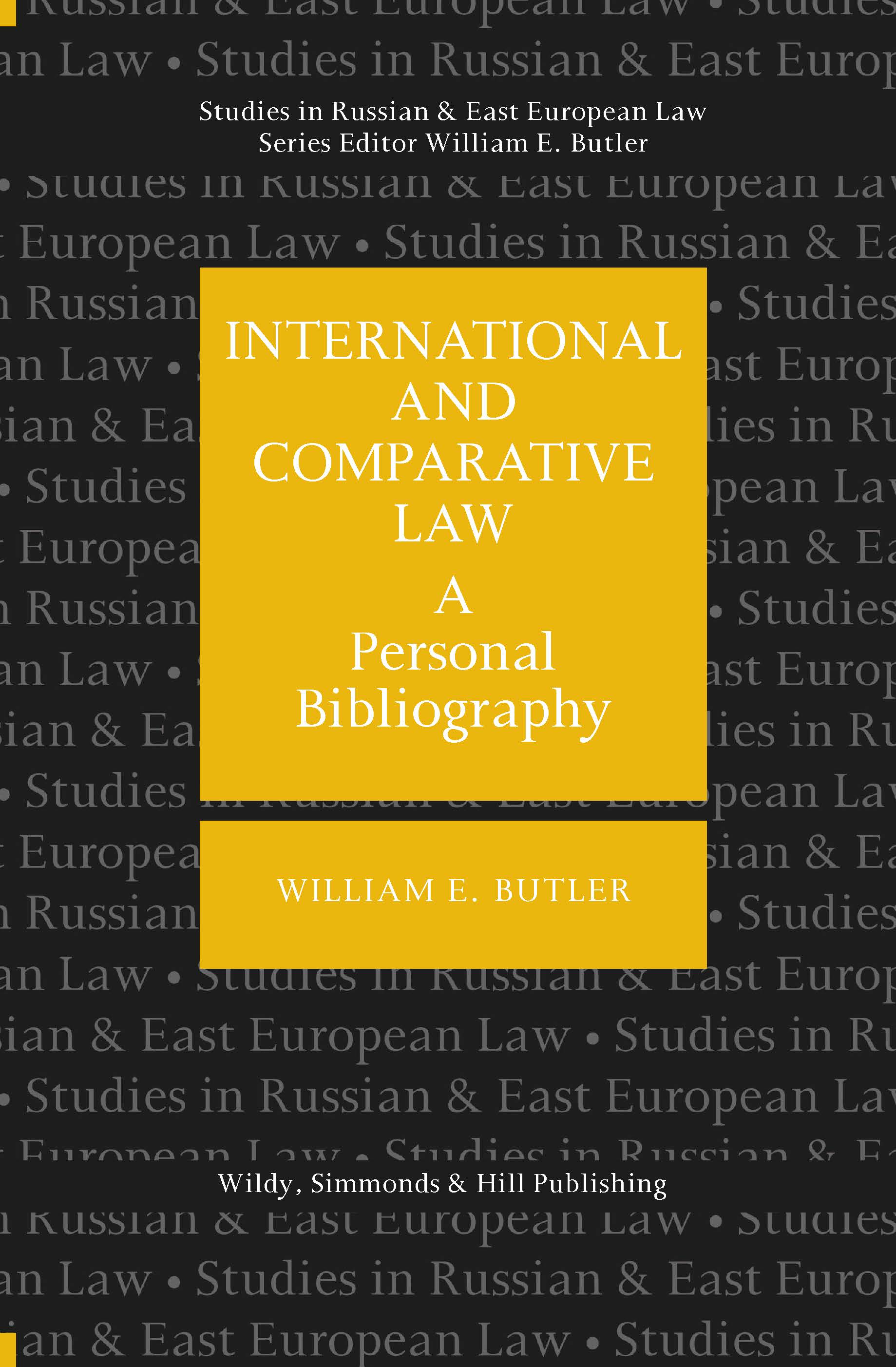 
A companion volume to the ‘The Best in the West’: Educator, Jurist, Arbitrator: Liber Amicorum in Honour of Professor William Butler (number three in this Series), this volume contains a bibliography of his books, articles, reviews, translations, and interviews during the past half-century. These range widely across international and comparative legal studies with particular reference to Soviet and post-Soviet legal systems, comparative socialist legal studies – the transfer and reception of the Soviet legal model in other legal cultures, comparative international law, international institutions of the Soviet and post-Soviet world, law reform – mostly in the form of draft normative legal acts or treaties, and foreign relations law – the interface between the Soviet and post-Soviet legal systems and private and public international law, with considerable attention to foreign investment, international commercial arbitration, and the history of international law. His interests in international affairs, book studies, bookplates, beekeeping, and fine press publishing are fully reflected. The entries are ordered by subject, some are annotated, references to reviews are given where known. The volume is prefaced by an autobiographical essay in the form of what the French might call a justification.