The Cambridge Companion to the First Amendment and Religious Liberty 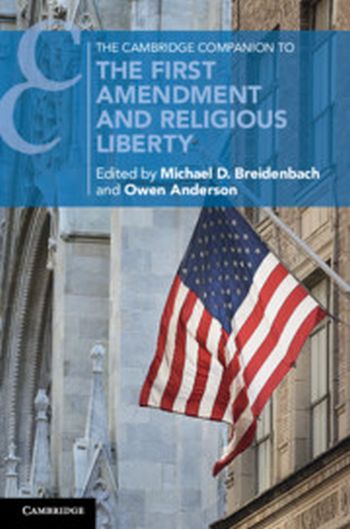 This book is an interdisciplinary guide to the religion clauses of the First Amendment with a focus on its philosophical foundations, historical developments, and legal and political implications. The volume begins with fundamental questions about God, the nature of belief and worship, conscience, freedom, and their intersections with law. It then traces the history of religious liberty and church-state relations in America through a diverse set of religious and non-religious voices from the seventeenth century to the most recent Supreme Court decisions. The Companion will conclude by addressing legal and political questions concerning the First Amendment and the court cases and controversies surrounding religious liberty today, including the separation of church and state, corporate religious liberty, and constitutional interpretation.

This scholarly yet accessible book will introduce students and scholars alike to the main issues concerning the First Amendment and religious liberty, along with offering incisive new insights into one of the most important topics in American culture.

The Cambridge Companion to Gender and the Law
Edited by: Stéphanie Hennette Vauchez, Ruth Rubio-Marín
ISBN 9781108713306
To be published November 2022
Cambridge University Press
£29.99