Cases, Materials and Text on Judicial Review of Administrative Action 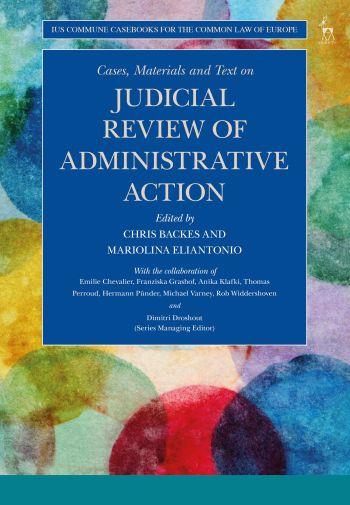 The relevant rules and case law of Germany, England and Wales, France and the Netherlands are analysed and compared. The similarities and differences between the legal systems are highlighted. The impact of the jurisprudence of the European Court of Human Rights as well as the influence of EU initiatives and the case law of the European Court of Justice in the various jurisdictions is also considered. Furthermore, the system of judicial review of administrative action before the European courts is studied and compared to that of the national legal systems. During the last decade, the growing influence of EU law on national procedural law has been increasingly recognised. However, the way in which national systems of judicial review address the requirements imposed by EU law differs substantially.

The Casebook compares the primary sources (statutes, case law etc.) of the legal systems covered, and the differences and similarities are explored: this examination reveals to what extent a ius commune of judicial review of administrative action is developing.