Answering for Crime: Responsibility and Liability in the Criminal Law 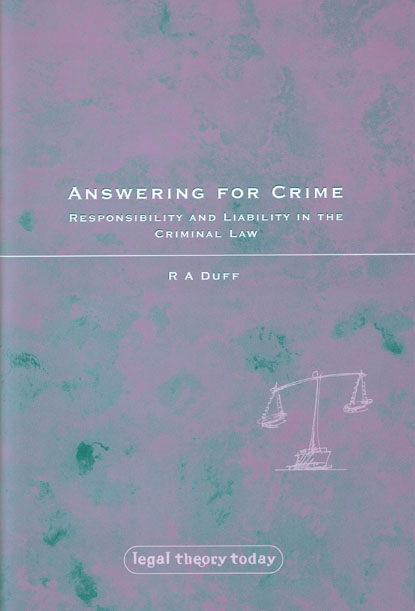 In this long-awaited book, Antony Duff offers a new perspective on the structures of criminal law and criminal liability. His starting point is a distinction between responsibility (understood as answerability) and liability, and a conception of responsibility as relational and practice-based.

The net result is not a theory of criminal law; but it is an account of the structure of criminal law as an institution through which a liberal polity defines a realm of public wrongdoing, and calls those who perpetrate (or are accused of perpetrating) such wrongs to account.