Protection of Fundamental Rights in the EU After Lisbon 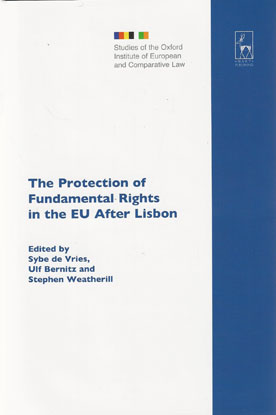 The changes made by the Lisbon Treaty suggest that its entry into force in December 2009 marks a new stage in the shaping of the EU's commitment to the protection of fundamental rights.

This book's concern is to provide an examination of the several (and interlocking) challenges which the Lisbon reforms present. The book will not only address the fresh and intriguing challenges for the EU as an entity committed to the protection and promotion of fundamental rights presented by developments 'post-Lisbon', but also a number of conundrums about the scope and method of protection of fundamental rights in the EU which existed 'pre-Lisbon' and which endure.

The last part of this book deals with 'the Constitutional Dimension of Fundamental Rights' analysing the special relationship between the ECJ and the ECtHR and the issue of rights competition between the EU Charter on Fundamental Rights, the European Convention on Human Rights and national rights catalogues.