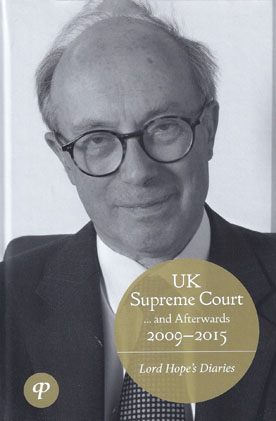 Lord Hope became Deputy President of the Supreme Court when that court was established in October 2009. He continued to hold that office until he retired, on 26 June 2013, having sat as an appellate judge for 24 years.

For 17 of those years Lord Hope was a member of the UK’s highest court. During that period he gave judgment in a number of important appeals raising issues of arbitration law, for example the Fiona Trust case. He is the author of the title on arbitration law in the Stair Memorial Encyclopaedia of Scots law.