The Politics of Police Detention in Japan: Consensus of Convenience 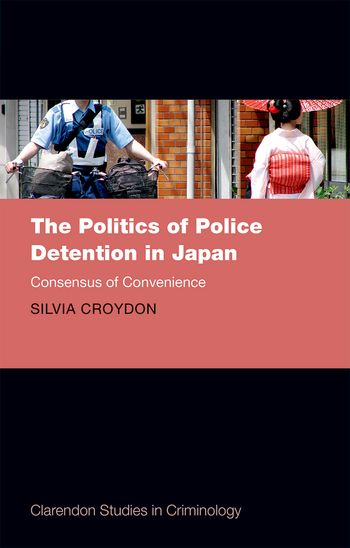 Filling a huge vacuum of scholarship on the Japanese criminal justice system, The Politics of Police Detention in Japan: Consensus of Convenience shines a spotlight on the remand procedure for criminal suspects in Japan, where the 23-day duration for which individuals can be held in police custody prior to being indicted is the longest amongst developed nations, with the majority of countries stipulating 4 days or less. Moreover, in practice, the average length of suspect detention in police cells is even longer due to multiple charges being imposed, and there is very little use of detention facilities independent of the investigation, with only 2% of suspects held in this way. Despite detention of this kind leading to criticism of Japan as a hotbed of false convictions, there has never been a systematic study of this divergent measure or its history.

The Politics of Police Detention in Japan addresses this omission, first, by drawing on Japanese history-of-law scholarship to identify the origins of the modern day practice, tracing the source of legitimacy for the continuous remand of suspects with the police back to the Meiji era. There is further historical analysis addressing the post-war occupation of Japan under Allied forces through to the development of the National Police Agency, as each stage further undermines Japanese criminal procedure and limits reform. Secondly, the author conducts a political analysis of the mechanisms through which it is sustained, featuring extensive interviews with key players, including several Justice Ministers and other politicians, Ministry of Justice and Police officials, judges, prosecutors, lawyers, and NGO representatives. As the first in-depth empirical investigation of Japan's police detention arrangements, this important and engrossing book highlights how a state sets the boundary between the liberty of individuals and the security of the community - a dichotomy that is far from unique to police detention.

Contents:
1: Introduction
2: Origin of the Modern System of Police Custody
3: A Tale of Two Detention Bills
4: Two-Step Amendment Compromise
5: Deconstructing the Substitute Prison Landscape
6: Towards the Future: Lay Judges and the End of the Status Quo
7: Conclusion