'Grooming' and the Sexual Abuse of Children: Institutional, Internet, and Familial Dimensions 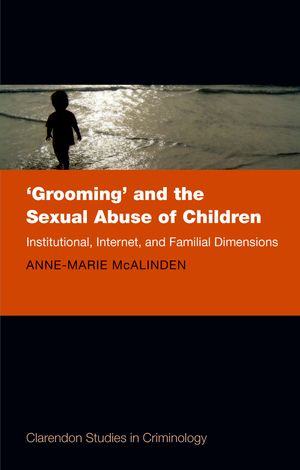 Grooming and the Sexual Abuse of Children: Institutional, Internet and Familial Dimensions,/i> critically examines the official and popular discourses on grooming, predominantly framed within the context of online sexual exploitation and abuse committed by strangers, and institutional child abuse committed by those in positions of trust. Set against the broader theoretical framework of risk, security and governance, this book argues that due to the difficulties of drawing clear boundaries between innocuous and harmful motivations towards children, pre-emptive risk-based criminal law and policy are inherently limited in preventing, targeting and criminalising 'grooming' behaviour prior to the manifestation of actual harm.

Through examination of grooming against the complexities of the onset of sexual offending against children and its actual role in this process, the author broadens existing discourses by providing a fuller, more nuanced conceptualisation of grooming, including its role in intra-familial and extra-familial contexts. There is also timely discussion of new and emerging forms of grooming, such as 'street' or 'localised' grooming, as typified by recent cases in Rochdale and Oldham, and 'peer-to-peer' grooming. The first inter-disciplinary, thematic, and empirical investigation of grooming in a multi-jurisdictional context, Grooming' and the Sexual Abuse of Children draws on extensive empirical research in the form of over fifty interviews with professionals, working in the fields of sex offender risk assessment, management or treatment, as well as child protection or victim support in the four jurisdictions of the United Kingdom and the Republic of Ireland. Impeccably presented and meticulously considered, this book will be of interest to criminologists and those working and studying in the field of policing and criminal justice studies, as well as policy makers and practitioners in the areas of child protection and sex offender management.